How to react when the interview is a circus 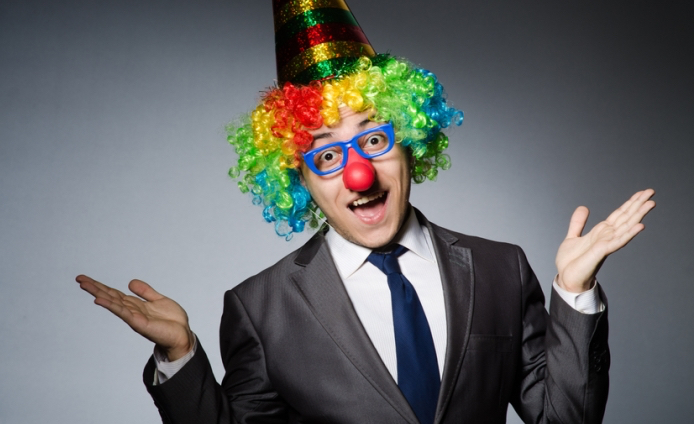 Any interview is a pressure situation. You need to keep cool, calm and collected.

We are often so tightly focussed on saying the right thing and behaving in a certain way that sometimes an unexpected event or sight can throw you totally off balance. I have heard so many hilarious stories in my time; I thought that for my first blog, I should share with you what can happen, and how a “winning” candidate should react. Show your class and bite your lip if comedy moments come along – people won’t hire a giggling wreck!

Double Entendres. Our minds work in mysterious ways sometimes. The interviewer may say something fairly innocent, but to you it conjures up all sorts of hilarious associations. This one is simple – put your business hat on, understand the meaning of their words in the context that they were meant. If you can’t control your errant mind now, you won’t be able to do it on the job.

Speech Impediments. There is nothing more off-putting than the constant drip-drip of stammering, ummms or involuntary coughing. Concentrate on what they are saying rather than the other elements of their speech. After the 100 “ummmm” this may prove tricky, but do your best not to laugh.

Bodily Emissions. Sometimes people really can’t help themselves. If the interviewer sneezes loudly, calmly say “bless you.” If the interviewer burps/belches, think about the most boring thing possible until the temptation to laugh subsides. If they fart, do your best not to wrinkle up your nose or in any way show that you have noticed. Don’t suggest opening the window (much as you may really want to!). Body odour can be another hazard in the summer – keep that nose unwrinkled.

Nervous Tics. Don’t get distracted. If you notice their excessive blinking, or their repetitive hand gestures, then you are not fully concentrating on what they are saying. There is a human instinct to “mirror” what the other person is doing in an attempt to relate to them. In this case, ignore it!

Repetition. You are so intently listening to their every word that sometimes a frequently repeated phrase can prove deadly. If they start every sentence with “you know…” just take it in your stride. Again, mirroring some of their phrases is useful, but over-doing this might make them think that you are making fun of them. Be careful!

Unusual appearance. Whether they have a yogurt stain on their tie or a long hair sticking out of their nose, try to look “through” them and whatever you do, don’t stare. Some people may think that it is ok to mention that the interviewer’s flies are down, but I would strongly advise against it.

Inexperience. Do you ever get the feeling that the interviewer is more nervous than you? What do you do when their questions are so banal that you cannot give a decent answer? Start to manage the conversation yourself – lead the discussion rather than follow! They would be be grateful for this, and the interview is less likely to end in an embarrassing silence while the interviewer ponders their next question.

Life is unpredictable; these things happen all the time. Be ready for them!