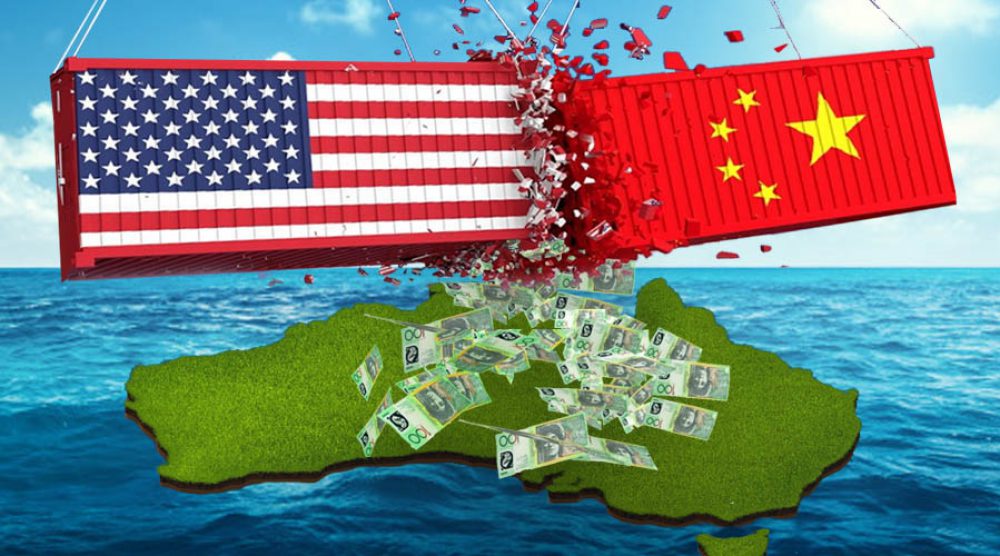 60,000 Australian jobs and 3.5 million jobs in China are at risk, due to the tariff war that’s been escalating between the US and China. Our national income might be slashed by $474bn by 2028, the local economy could be 5% smaller by 2022 and the trade war could cost the Australian economy up to $36bn. That’s not good news for us Ozzies!

It all started when Donald Trump imposed 25% tariffs on more than 800 Chinese products in July 2018, on industrial machinery, medical devices and auto parts. As a result, China responded with similar tariffs, ranging from 5-25% on US exports and since then the two countries have been at “tariff war”.

Since then, there has been mixed views concerning Australia’s future, which is not surprising considering China is the country’s biggest trading partner. And as a small, open-market economy, Australia is particularly sensitive to trends in global trade.

Some people have hopes Australia will come out stronger such as our Trade Minister, Steve Ciobo. He believes Australia is safe from any retaliatory action from the Trump administration thanks to a negative trade balance with the US. Commonwealth Bank currency strategist, Joseph Capurso, also believes Australia is relatively insulated when it comes to the ramifications of a trade war.

But others believe a trade war will have a negative impact on our biggest industries, especially manufacturing.

One possible (negative) outcome is that Australian OEM’s and manufacturers will be forced to pay higher prices on any imports they get from China and if they are selling in China, their customers might have to pay up to 25% more. Thus, manufacturers may have to lower their prices to deal with the additional costs which would have a negative impact on business profit and growth.

Here’s an example of how the trade war will affect US manufacturing companies. Dairy machinery, which generated $1.95 million for U.S. exports to China in 2017, could cost U.S. OEMs’ customers in China $488,000 in increased tariff costs. Similarly, meat and poultry packing plant machinery, which generated $7.1 million for the U.S. in 2017, could result in an increased tariff cost of $1.42 million on U.S. sales into China.

Furthermore, the cost for domestic and imported steel and aluminium has already increased in the U.S due to the additional 25% tariffs on steel products and 10% on aluminium products imported into the U.S. from all countries, including China.

Here are some other key numbers to note:

China takes about 30% of all Australian exports, equivalent to 5.6% of GDP;
of that, 77% is consumed in China and the remaining 23% is re-exported in some fashion (with 20% of those exports going to the US);
and 1.4% of Australia’s trade, or 0.08% of Australia’s GDP, is exposed in a US-China trade war.
It’s hard to know exactly what the future will hold for us, but our Prime Minister, Scott Morrison, wants to have a strong relationship with China and has publicly criticised the trade war. He recently said, “Tit-for-tat protectionism and threats of trade wars are in the interests of no-one economically, and they undermine the authority of the global and regional trading rules that benefit us all”.

That being said, there was a clear message that his comfort levels with China’s increasing influence over the region is leading to a difficult political balance to get right.  This weekend’s announcement by Mike Pence, of the collaboration between the US and PNG for a new naval base on Manus Island, only reinforces how tricky this situation really is for us to remain as a ‘neutral’ nation in all of this.

One thing that’s definite, is that this won’t end anytime soon and there will be changes, whether they are good or bad. I’m interested to hear what people think on this matter, please comment below and share your views and thoughts.